History of Stanford
Home » About Stanford » History
The Birth of the University
In 1876, former California Governor Leland Stanford purchased 650 acres of Rancho San Francisquito for a country home and began the development of his famous Palo Alto Stock Farm. He later bought adjoining properties totaling more than 8,000 acres. The little town that was beginning to emerge near the land took the name Palo Alto (tall tree) after a giant California redwood on the bank of San Francisquito Creek. The tree itself is still there and would later become the university's symbol and centerpiece of its official seal.


The Stanford Family
Leland Stanford, who grew up and studied law in New York, moved West after the gold rush and, like many of his wealthy contemporaries, made his fortune in the railroads. He was a leader of the Republican Party, governor of California and later a U.S. senator. He and Jane had one son, who died of typhoid fever in 1884 when the family was traveling in Italy. Leland Jr. was just 15. Legend has it that the grieving couple said to one another after their son's death, "the children of California shall be our children," and they quickly set about to find a lasting way to memorialize their beloved son.

The Stanfords visited several great universities of the East to gather ideas. An urban legend, widely circulated on the Internet but untrue, describes the couple as poorly-dressed country bumpkins who decided to found their own university only after being rebuffed in their offer to endow a building at Harvard. They did visit Harvard's president but were well-received and given advice on starting a new university in California. From the outset they made some untraditional choices: the university would be coeducational, in a time when most were all-male; non-denominational, when most were associated with a religious organization; and avowedly practical, producing "cultured and useful citizens" when most were concerned only with the former.

The prediction of a New York newspaper that Stanford professors would "lecture in marble halls to empty benches" was quickly disproved. The first student body consisted of 559 men and women, and the original faculty of 15 was expanded to 49 for the second year. The university’s first president was David Starr Jordan, a graduate of Cornell, who left his post as president of Indiana University to join the adventure out West.

The Stanfords engaged Frederick Law Olmsted, the famed landscape architect who created New York’s Central Park, to design the physical plan for the university. The collaboration was contentious, but finally resulted in an organization of quadrangles on an east-west axis. Today, as Stanford continues to expand, the university’s architects attempt to respect those original university plans. 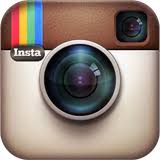